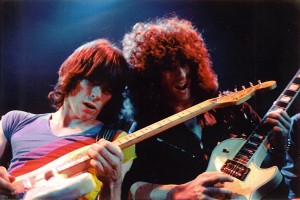 Anvil Chorus guitarist Thaen Rasmussen and bassist/vocalist Aaron Zimpel have rejoined forces with former 80s classic line-up guitarist Doug Piercy (ex-Heathen). The SF bay-area guitar team of Rasmussen and Piercy was one of the greatest under the radar metal duos of the 80s. The first explosive performance of this newly reunited guitar team was back on February 24th when they played with Death Angel at Slims in San Francisco.

The group is currently working on the follow up to 2009’s phenomenal return to action, “The Killing Sun.” While this album featured original tracks written during the band’s 80s heyday, the new album will contain all newly written tracks such as Solar Flux, Blood Memory, Colossus, Moonstroke and more and promises to be another thundering release that solidly establishes the group’s return.

Watch for the long-awaited double vinyl release of “The Killing Sun” coming later in 2012!

Automag – Hellbound CD. A heavy metal freight train from North Carolina in the vein of COC, Clutch, Metallica and Black Label Society with a Southern twist on this concept album debut for the Rockadrome […]

Rockadrome’s Forged in Fire label and John Perez’s Brainticket records label will team up on the re-release of classic 80s Swedish epic doom metal band SORCERER’s debut album. The re-release will include a new updated […]