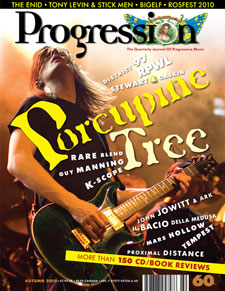 Longtime readers certainly recall Baltimore’s OHO, subject of a feature way back in Issue No. 28.  This six-panel digipak, complete with 20-page booklet (featuring original artwork from the private 1974 release), is the first proper digital representation of this masterwork of pre-RIO/art-punk cabaret freakadelia.

Sonically, this production obviously is superior to the boots lurking about, but not as “woofy” as the ’96 Little Wing LP reissue.  My well-preserved original 1974 vinyl sounds surprisingly thick compared to this re-master, at least on a high-end system.

For all the well-deserved ink Okinawa garners for its compositional innovations, no one has mentioned the deadly chops of some of the players themselves.  Drummer Larry Bright was a 17-year-young wunderkind when he joined OHO, and has gone on to work with Miles Davis, Kenny Wright, and a who’s who of fusion.  He positively soars on every cut, and the Boris McFinnie horns superbly punctuate four tracks.  Fans of Residents, Fugs, early Mothers, Pere Ubu, Henry Cow, and other artists who cock a snook at life and can play, cannot afford to be without this.

TRUTH AND JANEY No Rest for the Wicked LP reissue release set for Dec 21st!

December 9, 2010 theblorg News Comments Off on TRUTH AND JANEY No Rest for the Wicked LP reissue release set for Dec 21st!

The release of the early 70s Iron Claw recordings on vinyl made headlines in Dumfries, Scotland recently. After 40 plus years these recordings have finally made it to vinyl, a life long dream, for Iron […]