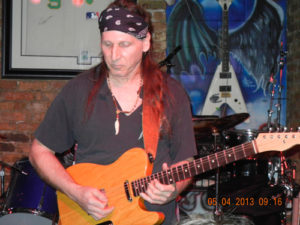 Ragnarokkr heavy metal fest hit the city of Chicago’s south loop area at Reggies on May 3rd-4th. In a surprise to some, Rockadrome label artists, Ashbury and Winterhawk were huge hits as both had the crowd chanting their names and left great impressions on everyone in attendance! The buzz was that they stole the weekend!

I’ve seen this latest incarnation of Winterhawk several years prior at the Alehorn of Power fest in Chicago and it’s always a pleasure to watch Jordan Macarus wield his homemade six string axe and slay the audience with his magical playing. If you’ve never seen them, you need to. At Ragnarokkr they played classics like Hammer and the Axe, There and Back Again, Free to Live and ‘new’ classic Larkin. It’s about time they headed over to Europe!

This was the first time I’ve seen Ashbury live and they were excellent. They entranced the crowd with their own brand of classic epic hard rock as they played classic tracks from the Endless Skies album and a few from their self-released follow up. These old pros knew how to deliver the goods and they whipped the crowd into a frenzy with their great delivery and execution! That’s the great thing about heavy metal crowds, they are not going to just sit back and enjoy they are gonna rush the stage, fist pump, scream, and call for more….and they did!!! Get ready Europe as Ashbury are headed over to Germany and Greece later this year! 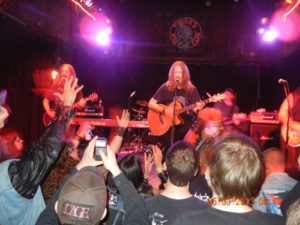 Oho – Okinawa CD. {BUY ME} Official reissue of this rare tripped-out progressive psychedelic rock private press record out of Baltimore circa 1974. This release features the entire original recording as it was meant to […]