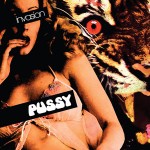 Pussy – Invasion CD. Collection of tracks from this early 70s post-Jerusalem UK hard rock group also managed and produced by Ian Gillan (Deep Purple). The band was formed immediately after the break-up of Jerusalem by it’s founding members Paul Dean & Ray Sparrow along with Bob Cooke, who was eventually replaced by Brian Goff. The recordings featured here include previously unreleased tracks planned for Pussy’s debut album, plus cuts from their lone 45rpm single release on the Deram label, as well as other previously unreleased recordings by both of the group’s line-ups.

February 22, 2012 theblorg In the Press Comments Off on Ultra Interview on Its Psychedelic Baby Blog