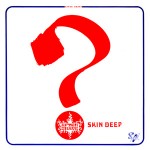 After Shave – Skin Deep LP (ROCK042-V-1). Gatefold cover near exact vinyl reissue of top notch early 70s Swiss hard rock collectable record with a sound influenced by Cream, Deep Purple, Led Zeppelin and the usual suspects. They toured Europe in the early 70s and eventually recorded this debut album for the tiny Splendid label in 1972, which now commands big dollars on the rare record collector market. They have been featured in a few books, including The Hard Rock Anthology 1968-1980,  Encylopedie du Hard Rock des Seventies and the Hans Pokora books.

PUSSY are in no way a new band. They are actually pretty much as old as I am, if not older. That apart I had not even heard of them until I came upon them […]