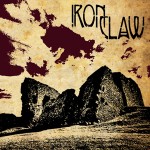 Iron Claw – Iron Claw CD. First official release of early 70s Scottish underground  heavy rock recordings from this group who were stomping around the UK with the likes of Black Sabbath, Hackensack, Pink Fairies, Juicy Lucy and others from the time, but never released a proper album. Their name, Iron Claw, was taken from the first line in King Crimson’s song “21st Century Schizoid Man”. In the beginning, Iron Claw probably became the world’s first Black Sabbath tribute band, as they incorporated the entire first Black Sabbath LP and single into their set! As it turns out, Bassist Alex Wilson was the one who unearthed his personal recording of the oldest known concert tape of Black Sabbath, a 1969 gig recorded in Dumfries, Scotland! As time progressed, Iron Claw’s live sets included many originals as well as hanging on to some covers such as War Pigs, Fairies Wear Boots, Wicked World, Green Manalishi and Lady Whisky. This collection of sixteen original studio tracks documents their existence from 1970 thru 1974 and features a wonderful 16-page booklet with extensive liner notes, lyrics and photos! For fans of Tear Gas, Leafhound and Jerusalem!

“Best of all is the should-have-been-a-hit ‘Pavement Artist’, which hits all the right spots.” – Shindig!