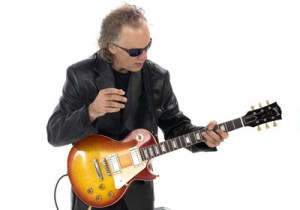 Billylee Janey has been compared to such greats as Clapton, Beck, and Hendrix. Even though these guitar heroes have been an inspiration to him, Billylee’s own soulful and passionate love for music clearly and creatively sets him apart, giving him his own unique style and personality. Billylee picked up his first guitar, a German Framus, at an early age. it was during the “British Invasion” that he was taking his first steps in another direction; a direction that would lead him down paths into the music that would shape his future – the blues, jazz and rock. Billylee recorded his first record in 1972 and another in 1973 which included “Pontiac Blues” by Sonny Boy Williamson. In 1975 he recorded a full scale album titled “No Rest for the Wicked” with his bluesy hard rock trio, TRUTH AND JANEY. “No Rest for the Wicked” has achieved near cult status internationally, and has been recognized in the book by Martin Popoff “The Collector’s Guide to Heavy Metal Volume I: The Seventies” and the Acid Archives Book among others.

Recently, Janey received nominations by the Iowa Rock and Roll, and Blue’s Halls of Fame. Also, in 2000, Billylee received a Grammy entry mention. Billylee Janey as played B B KINGS IN MEMPHIS, BUDDY GUYS’ LEGENDS DURING THE CHICAGO BLUES FEST and the MISS. VALLY BLUES FEST. He has worked over 600 major shows in the USA and Canada. Other accomplishments; Head Flyman for David Copperfield, where Janey incorporated guitar stunts and tricks in his live show. Janey worked in theaters for 15 years working on productions such as Chorus Line and 42nd St. he also worked the ABC Network’s farm crisis with the Donahue Show and over 600 arena shows for jazz, blues and pop rock including Eric Clapton, Stevie Ray Vaughn and George Thorogood. Janey was a part of production on the feature film “Miles From Home” starring Richard Gere. Janey played on stage with Buddy Guy, Little Ed and was the backing band for Bo Diddley shows in 2000. 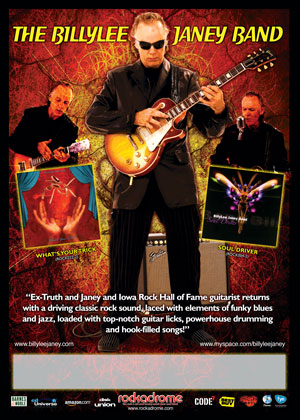 In 2001, there was a wonderful Truth and Janey reunion with the classic line-up that produced a couple of great live shows. A year or two later they played again as there were inducted into the Iowa Rock Hall of Fame.

Today, Billylee continues to test the waters with his solo career and his 14th and latest release “Gimme Some Lightnin’” – on the Texas-based Rockadrome label. While he is staying busy these days with performances, recordings and many a late night writing and composing, Billylee hasn’t forgotten what this is all about for him. “I want to share with people what I feel in my heart, continue to give something new to the people who support live music and challenge myself.”

Billylee Janey and his band are ready to hit the road and eagerly welcome festival gigs and other touring opportunities from around the world. 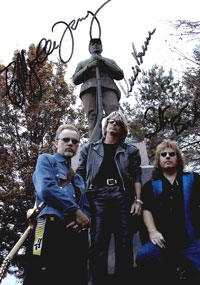 Billylee Janey has appeared on the following recordings:
w/ Truth and Janey

BLJ has been teaching Blues guitar at West Music for last 10 years and will continue in the future. He continues to play, teach, record, promote and support Blues music in Iowa. He was also a promoter for 5 years (1990-1995) and promoted Blues shows – Buddy Guy , Johnny Winter, The Paladines, Koko Taylor, Sugar Blue, Little Ed, Charlie and the Nightcaps. I was also a journeyman stagehand from 1981-1995 and worked such shows as Eric Clapton, Stevie Ray Vaughn, George Thorogood.

TRUTH AND JANEY No Rest for the Wicked LP reissue release set for Dec 21st!

December 9, 2010 theblorg News Comments Off on TRUTH AND JANEY No Rest for the Wicked LP reissue release set for Dec 21st!