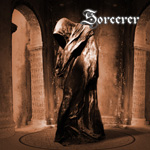 Sorcerer – Sorcerer CD. Crushing late 80s epic Swedish doom power from one of the early groups at the forefront of this genre. This newly remastered release includes tracks from both of the group’s demos including a cover version of Rainbow’s epic classic “Stargazer” and will include an expanded booklet with lyrics and liner notes. With pre-Tiamat and Lion’s Share members. For fans of Candlemass, Solitude Aeturnus and those who need to get schooled in classic true doom!

This is the first, in possible series of co-releases, with John Perez’s Brainticket label.

Sorcerer will make a special reunion appearance at the Hammer Of Doom 4 festival, set to take place October 23, 2010 at Posthalle in Würzburg, Germany. Also scheduled to appear are Solitude Aeturnus and Griftegard.

St. Louis power thrash metal band Megalith, whose debut album, “Risen from the Grave,” is being released by Rockadrome’s Forged in Fire label, is having a CD release show on March 31st at the Charlack […]