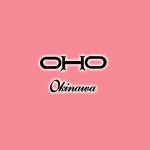 Oho – Okinawa CD. {BUY ME} Official reissue of this rare tripped-out progressive psychedelic rock private press record out of Baltimore circa 1974. This release features the entire original recording as it was meant to be, but was shortened for release back in 1974 due to the time constraints of the original vinyl format. Booklet includes liner notes and photos and original album artwork. The unique progressive style of Oho should appeal to fans of the Frank Zappa, Captain Beefheart, Gentle Giant school of progressive music as well as those looking for something original and/or bizarre and daring. Were they musical geniuses or just completely zonked out on acid? Housed in glossy tri-fold digipak cover with 20-page booklet inside!

“OKINAWA  is astonishingly full of weirdness that falls somewhere in Syd Barret-era Floydland: some psychedelia, some art noise, some bizarre theatrics—but all around inventive and well-crafted.”   -Ira Robbins, The Trouser Press Record Guide, USA

“OKINAWA is a weird pastiche of post-Zappa logic and Christopher Milk-like Anglo worship. The music is a combo of home-prog, dada-confused psych, and pot-stroked weirdness.  It’s a great album!” – Byron, Forced Exposure #18, USA

“An album of immense proportions.  There is a plethora of great music here. There are jams in the progressive vein that really get up there in high gear, loads of analog keys, horn sections and most of all, complete zaniness.  It’s an excellent album really, so fascinating and extreme.”   -Mike McLatchey, Expose, USA

“An hour of this and you’ll be ready to be carried away to the tangerine jungle of marshmallow madness.”  – Greg Shaw, BOMP! USA

“OKINAWA is ‘Sgt. Pepper’s’ for the advanced listener.  Recommended to all who can release themselves from common sound structures and lend their ears to fantastic, almost avant-garde, progressive, varied and inspired ‘70’s music.  Dare to enjoy and take part in it! Honor those who deserve to be honored.  OHO get the gold!”  – Hanf!, Germany

“OKINAWA features, amongst other delights, a monumental ‘piece’ entitled ‘The Plague’ (after the Camus book).”   – Ptolemaic Terrascope, UK

“Just when you think you’ve heard and seen it all, here comes OHO with a collection of bona-fide weirdness from 1974.  The band thrives on irreverence in an off-kilter style borrowing from the likes of Genesis, Gentle Giant, Zappa, the Allman Brothers and Jack Bruce (if you can imagine that).  Then it’s all tossed together in a willy-nilly, slap-dash fashion that melds the best of spontaneous garage-rock with a Grateful Dead we-don’t-know-where-we’re-going-next sensibility.  Of course, it’s all in good fun, it’s got to be.  Definitely, one of a kind.” – John Collinge, Progression, USA

2011 music video featuring 1974 vintage OHO music tracks overdubbed in 2008 with the lead vocals and the acoustic guitarism of El Sledge, (Matt Graboski). “The Plague,” (inspired by the Albert Camus’ novel), is Matt’s […]

New Releases from the Vintage label