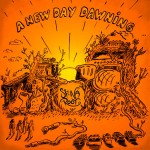 Siena Root – A New Day Dawning CD. We are proud to be able to bring you the fantastic 2004 debut album from one of Sweden’s most talented hard rock groups. Their finely honed sound is firmly planted in the classic heavy rock of the early 70s and draws on influences from groups like Led Zeppelin, Captain Beyond, Jethro Tull, Blind Faith and Deep Purple! These guys sound so convincing you’d be hard pressed to tell them apart from those that influence them or early 70s rock groups like Aunt Mary, November, Host, Kalevala, Young Flowers and others with that vintage Scandinavian heavy prog style. These guys are pure old school, right down to the fully analog recordings and tasteful use of organ and flute. Everything they release is a must have, but this is probably their heaviest album overall and a good starting point because it just truly is a total and complete monster from start to finish! It’s a no-brainer that fans of Witchcraft, Dead Man, Graveyard, Dungen, etc.. should check this out, but also just about anyone into high quality 70s hard rock and prog would being doing themselves a disservice not to give this a listen. You’ll be glad you did. This will be the band’s first North American release!

– “The playing is impeccable, the sound is captivating, and this is highly recommended.” – Stonerrock.com

– “Just check out the magical “Roots”, that is like the perfect cross between the Doors and early Uriah Heep, but still with SIENA ROOT’S very own signature. But here are not only four or five outstanding cuts to discover – it’s the whole album that rules, and although it sounds like a standard phrase it’s the truth.” – Cosmic Lava