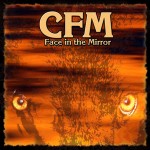 CFM – Face in the Mirror CD. Jordan Macarus, known for his role as guitarist and driving force behind the hard rock group Winterhawk, has arrived with a new 12 song CD that is a joy to listen to. His sixth recording, this one runs the gamut from acoustic to rock and blues, filled with the breathtaking leads we are accustomed to hearing from this astonishing guitarist. This disc is mostly studio with a smattering of live and in many cases he has written all the instruments and vocals himself.

The players on this album need no introduction; they are Bobby Scumaci and Mark Ott from the legendary Dave Mason Band along with some of Chicago’s other finest musicians. The resulting material is open and airy, 5th’s and 9th’s abound, with a driving rhythm like a heartbeat bringing it all home. Much of Jordan’s spirituality breathes through his songs, and many of his views on world issues, good / evil, morality… are represented for those who care to listen. He has written lyrics to guide us through terrible times while easing spirits with hope, melody, and intelligent options. There is much here to contemplate and many beautiful musical places to pause for reflection. This disc is important musically, socially, and politically and will be enjoyed by audiences everywhere.