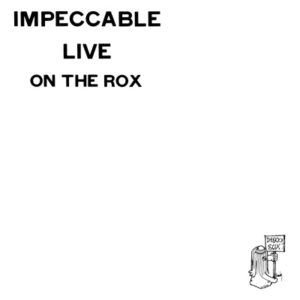 Impeccable – Live On The Rox LP. First ever vinyl reissue of late 70s Texas hard rock private press originally released in 1979 on the GBC label. This is loud and raw in your face hard rock highlighted by the wild over the top fuzzed out axe slinging of guitarist Darren Welch. Also included are two bonus tracks from the rare pre-Impeccable single from 1978 when they were known as Axxe. The whole thing was remastered by Tony Reed (Mos Generator). Coming in late 2016.