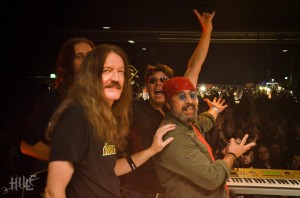 Ashbury recently finished playing their first ever European shows this past week with an appearance at Germany’s Hammer of Doom festival, followed by two nights at clubs in Greece, the latter being an acoustic set featuring the Davis brothers. All shows were a great success with most fans walking away mesmerized much like they were after Ashbury’s set at the Ragnarrokr fest in Chicago earlier this year.

Here are some links to some photos albums from facebook:

Some video from Hammer of Doom here.

OHO – OKINAWA CD. Packed with mucho and fast moving music which is often crazed recitation and even screaming words that may or may not make one bit of sense to the listener. A 1970’s […]