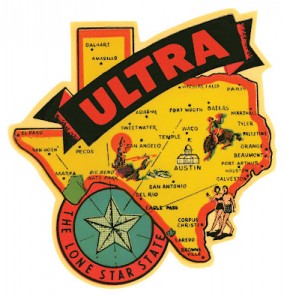 1. Where did you grow up and what were some of your influences back then?
SCOTT: We’re all native Texans. Being from Texas, music is everywhere. In San Antonio and Austin, on any give night you can listen to tons of rock, country & western, blues, Tejano, classical, you name it. You can’t help but be influenced and bombarded with every type of music known to man in Texas!
TOM: I grew up in San Antonio…some of my early rock influences were Wishbone Ash, The James Gang and Humble Pie.
LARRY: I grew up in San Antonio as well. My early influences were Grand Funk Railroad, Montrose, Blues Image and Mountain/Leslie West.
GALEN: San Antonio here, too. Biggest influences were Jeff Beck, Ritchie Blackmore, and Michael Schenker – as well as some smoking local pickers like Rod Prince, Chris Holzhaus, Chris Geppert and Howard Gloor.
DON: I was born in Ohio and lived there from 1949 to 1959. My first musical influence was my father, Don H. Evans and my grandfather, Robert D. Metcalf. My father was a jazz musician (playing stand-up bass) and that’s the kind of music I heard around the house. At my grandfather’s bar, The Gallow Tavern, he had a jukebox and his Wurlitzer had all of the greatest black pop and early rock as well as Elvis, Jerry Lee Lewis, Roy Orbison, etc. It was there that I really got educated. When I moved to Arizona in 1969 I listened to roak and roll exclusively. Around 1962 I got into The Beach Boys, but when The Beatles exploded on the scene, I listened to all of the bands doing the “Mersey Beat”. After a while we were hoping American music would come back with an answer to the Beatle-maina and finally it happened with the Turtles, Sir Douglas Quintet, The Byros and Bob Dylan. Even Phoenix radio (what we listened to in my hometown of Gila Bend) gave us Phil and The Frantics, kaleidoscope and Alice Cooper.
2. What was the scene in your town?
SCOTT: There lots of great bands and great musicians in San Antonio at the time at to this day. Ultra was one of the few bands at the time that played only original music.
TOM: San Antonio was diverse musically and growing up it was not unusual to play a rock gig on Friday then go see a country western band on Saturday. We would go see George Strait play in a small club called “The Shadows” or see Willie Nelson at Floore’s Country Store. Both were local acts then and not known nationally.
LARRY: In one night one could see a rock band, country band, blues band and Tejano/Mexican band. All you had to do was drive around. There were actually great venues to play in. When disco hit, the live music venues all but died out.
GALEN: In the ’70’s, San Antonio and Detroit were, in reality, the two hard-rock capitols of the USA. Many well-known bands from that era first “broke” nationally in San Antonio: Triumph, Rush, Moxy, Legs Diamond, Budgie – and even Judas Priest all got their first taste of nationwide success in San Antonio. This was due in large part to the constant airplay they received from radio stations in San Antonio, and to the local DJ’s who pushed those acts hard…
DON: There wasn’t really any musical scene for me in Arizona until high school when I played in some hometown rock bands, The Exotics and The Contacts. In both bands we played Beatles, Stones, Byrds, etc. I played drums in both bands and didn’t start singing till I went to college in San Antonio, TX in 1967.