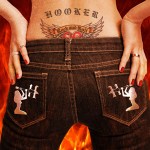 Hooker – Rock And Roll CD. Compilation of recently unearthed recordings from this killer Houston, Texas area 70s hard rock band including tracks from their never released album. The music is loaded with heavy Texas-style guitar action and oozing with that unmistakable 70s Texas rock and roll party vibe. They’ve been described before as a western version of Aerosmith, or similar to Blackfoot. The guitar team of Hampton and Howland bust out all over this album with blazing over the top guitar battles that have a nearly metallic edge. While the early album cuts are full throttle Texas hard rock, the later 70s bonus cuts lean towards a combination of hard rock and early metal in the vein of  the rare Survivor “All Your Pretty Moves” album. Vintage/Rockadrome label fans of Ultra, Cain and Poobah and bands like Hunt, The Gods, Totty, Impecable and Magi will surely dig this one.  Includes 3 bonus tracks, including a cover of Tin House’s “I Want Your Body”, not found on the vinyl version (released by ShroomAngel Records). 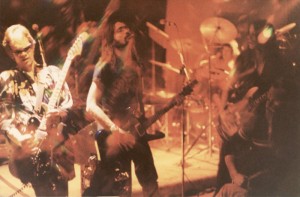