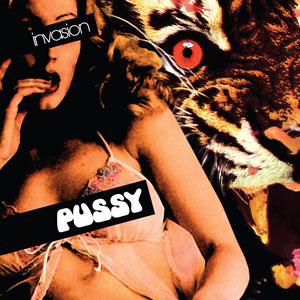 The forthcoming Pussy – Invasion CD, to be released on Rockadrome’s Vintage label, features classic UK hard rock with post-Jerusalem members Paul Dean and Ray Sparrow, along with Bob Cooke, who was eventually replaced by Brian Goff. The release will contain 16 tracks, produced by Ian Gillan (Deep Purple), and recorded between 1972 and 1973, including both tracks from the groups only official release, a single from 1972 on the Deram/Decca label. The expanded booklet will contain extensive liner notes from bassist Paul Dean, along with lyrics and photos. Cover art seen here has been revealed for the first time.

Below you will find 60 sec web quality (32khz/96kbps) audio samples from Invasion release.

Truth and Janey – No Rest for the Wicked CD. Reissue of all-time great 1976 private press hard rock from the midwest! A real heavy rock classic filled with inventive songwriting, intelligent lyrics and above […]