Legendary Iowa Rock Hall of Fame guitarist Billylee Janey has been bending strings since the late 60s and released his first single in the early 70s with his hard rock band, Truth and Janey. Since, he’s released over 15 albums and had guest appearances on many more, been elected to the Iowa Rock Hall of Fame, received a Grammy entry mention, appeared on stage with Buddy Guy and Little Ed, was featured in Bo Diddley’s backing band for shows in 2000 and appeared at BB Kings in Memphis, Buddy Guy’s Legends during Chicago blues fest and the Mississippi Valley Blues Fest along with over 600 major shows in the USA and Canada. His recordings with 70s rock band Truth and Janey have been re-released to great acclaim on compact disc and vinyl by the Rockadrome label, been featured in several books on 70s hard rock and have achieved cult status and are one of the label’s best selling Artists. Billylee continues to write and release new material in the blues and classic rock genres and gig almost non-stop. Up next for Billylee is his fourth release for the Rockadrome label, “No Saints Ringin’ the Bells”, which will hit the streets in the Spring of 2011. 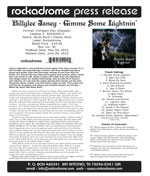 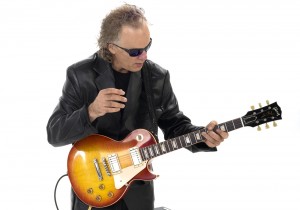